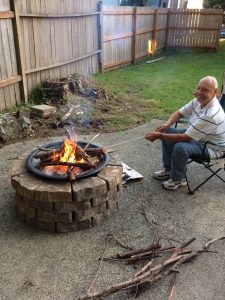 For those of you new to the area and/or are unfamiliar with the history of our company, here’s a little on how we came to be ~

We’ve been in business since 1958 when Darrel Emel started his tree service in Kitsap County.

His early climbing experience came through the Army in a special detachment working in association with ACS ~ Alaska Communication Systems.  The Army’s 505th Construction Company ran phone lines and set up antenna fields throughout the state.  After Darrel’s stint with the US Army, he worked as a lineman for Seattle City Light.

While working for Seattle City Light Darrel would also work on the weekends removing trees in his home area of Seabeck and around Kitsap County.  His mother would take calls for the jobs and pass them on to Darrel.  Also about this time, he occasionally worked for Lou Stanton in Seattle spraying trees and shrubs, learning that facet of tree care.

In the early 60’s he went full-time with his tree service, Bremerton Tree Service, with his first partner, Dave Gertsch.  After a few years, Dave developed a greater interest in fabrication/construction.  He and Darrel amicably parted ways and dissolved Bremerton Tree Service.   Dave went on to great success himself with his fabrication company.  Darrel continued the tree service under the name Darrel Emel’s Tree Service.   At that point, Darrel fulfilled a prediction/boast he made to a high school coach that he would one day own his own company with his name on it!

In 2015, after 57 years in the industry, Darrel retired, selling his share of his company to Patrick Haley, current company president.  Darrel currently resides in southern Texas, enjoying the sun and the joys of retired life.